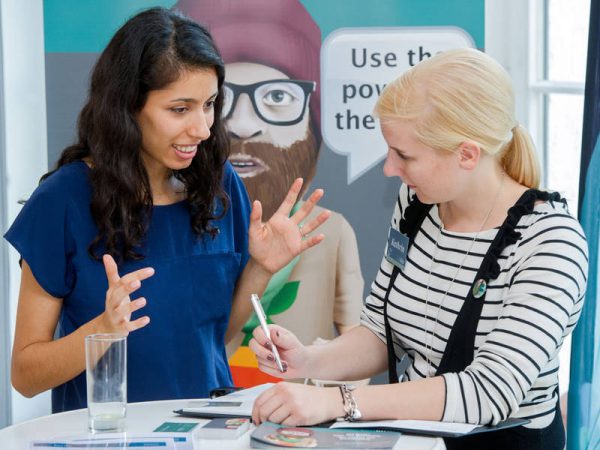 Founding start-ups is ideally supported at the Technical University of Munich (TUM), according to the results of the German “Start-up Radar”. For the third time in a row, TUM has been ranked number one among major German universities. Approximately 70 companies are founded here each year.

“How can your idea become a product that you yourself can bring to the market?”

The students at TUM are repeatedly asked this question. TUM also encourages its scientists to turn their research results into innovations which create value for society. Prizes such as the Presidential Entrepreneurship Award and the IdeAward motivate them by highlighting successful role models and highly promising ideas for entrepreneurship.

The “Start-up Radar” (“Gründungsradar”), composed by the Stifterverband for German Science, which is the German business community’s innovation agency, and the Heinz Nixdorf Foundation, investigates how well universities sensitize their associates to the possibilities of founding companies and how well the topic is institutionally anchored. The degree of support the university provides for start-ups and the number of companies actually founded are further indicators.

ONE OF ONLY FIVE GERMAN “UNICORNS”

TUM almost achieved the highest possible point score (with 11.8 out of 12 points), making it once again the leader in the category of major universities in Germany. In the meantime, around 70 technology start-ups are founded here every year, a total of approximately 1,000 since 1990, with dazzling success stories. Celonis was recently valued at one billion US dollars and thus reached what is known as “unicorn” status, one of only five German start-ups to do so in the last ten years (according to the finance daily “Handelsblatt”).

TUM and UnternehmerTUM, the Center for Innovation and Business Creation, support start-ups with programs tailor-made to fit the individual founding phases, from designing a business model to management training, from the market entry all the way to a possible IPO.

As many as 30 teams can use offices in the TUM Incubator at the same time to prepare for the founding of their companies. UnternehmerTUM operates its own venture capital fund and its MakerSpace and Bio.Kitchen provides a 1,500 square meter high-tech workshop for building prototypes and a biotechnology lab for experiments.

Another unique feature is the tightly-knit network including business, investors and science. One floor above the Incubator the TUM Entrepreneurship Research Institute investigates how start-ups can become successful.

The start-up community, from Germany and abroad, meets at Unternehmer TUM’s annual Techfest Munich and at hackathons. TUM also travels with especially promising start-up teams to Silicon Valley for two weeks or to its partners in the EuroTech Universities Alliance.